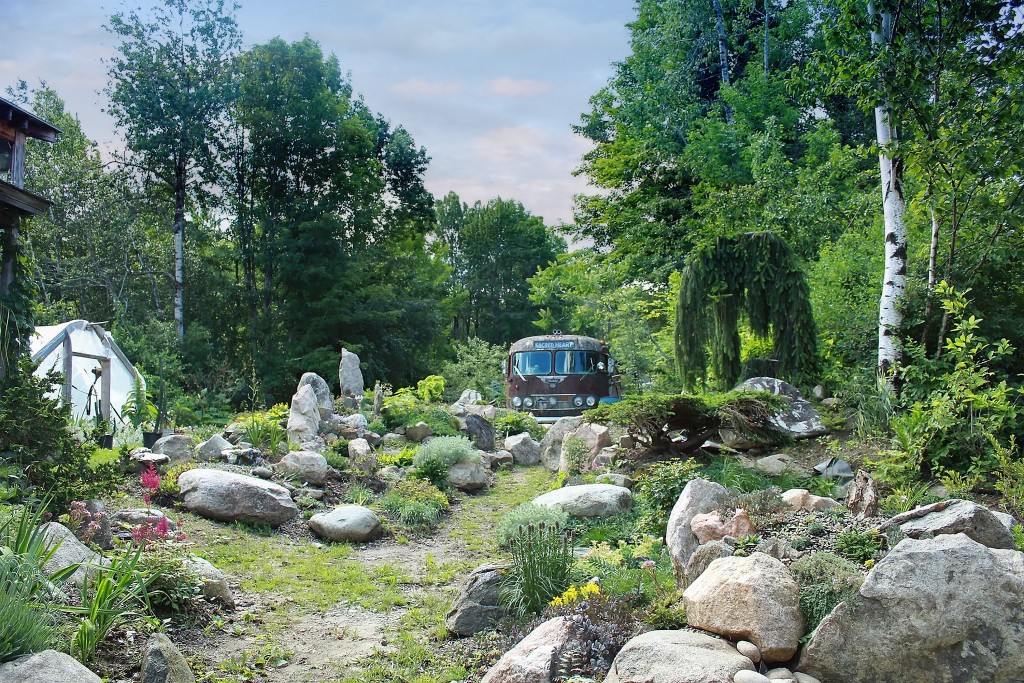 Yonder Mountain’s rock garden is the first thing you see upon entering the nursery. It features a plethora of alpine plants and succulents for guests to meander through.
Photography courtesy of Lars Shick

Picture it: You stroll through the grounds, spotting kiwis and cacti and orchids. You pass a rock garden brimming with succulents and alpine plants. Candy pink, electric purple and vibrant yellow flowers catch your eye. Everything seems new and exotic.

You may be thinking, “I’m not in New Hampshire anymore.”

Spoiler! You actually are.

Nestled on just a couple of acres in the town of Bethlehem, Yonder Mountain Nursery & Gardens is home to over 500 varieties of unique plants, trees and flowers.

Each plant at the nursery is able to grow in the Granite State’s Zone 4 climate. There are 13 plant hardiness zone increments, with 13 being the warmest and 1 being the coolest.

Lars Shick is a collector, self-taught expert and resident owner at Yonder Mountain. He was born and raised in the area, and developed a love of plants from his mother and grandmother.

“Maybe it’s in my blood a little bit … I’ve got those green-thumb genes,” he says.

Yonder Mountain is open from May to October, Thursday through Sunday from 10 a.m. to 5 p.m.

When he was a teenager, Shick felt inspired by the rare plant nurseries he’d visit with his mom. One in particular sticks out in his mind, a Vermont spot selling prickly pear cacti that could withstand New England winters.

“I started collecting stuff that you don’t commonly see, and stuff that will survive here. We’re in such a harsh climate that when you could find uncommon things to survive here, to me it was really sort of a special thing. And I wondered why most people weren’t growing all these really odd, really interesting plants,” he says.

Eventually, his passion turned into a full-time gig. He became co-owner of his father’s property and began to convert it. 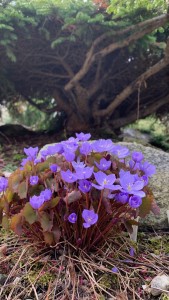 Shick started the business by attending farmers markets, and officially opened the nursery in 2012. This is the first year he has ordered plants from outside vendors. Prior to this, each plant was thanks to a multiyear, one-man process.

He would explore nurseries and purchase the plants he wanted at full price, then take them home to plant. It would be several years before he could divide and replant, and then another block of time before anything could be sold. This often included propagation as well.

“Every plant is different and it takes a lot of learning [to know] what each plant wants,” he says.

Most of what is available for sale is planted on the grounds, illustrating the plants’ durability in a fickle climate like New Hampshire’s.

“Useful” plants are a passion for Shick, including those used for dye, fiber and food. His personal favorite plants at Yonder Mountain are the edible ones, such as skirret, a root vegetable that tastes like a mix of sweet potato, parsnip and carrot. He enjoys foraging and finding fruit forest edible plants.

In addition to trees and in-ground plants, there is also a rock garden overflowing with alpine plants, like succulents, and chickens living in a hobbit-like house adorned with plants from the nursery.

Shick has particularly loved getting to talk with customers about the plants he is growing and selling. 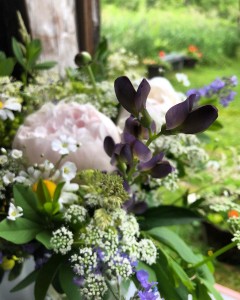 “I’ve never liked public speaking or being in the spotlight, but when it comes to plants, I won’t shut up about it,” he jokes.

His mission goes beyond sharing his love for uncommon plants with guests at the nursery. He also prioritizes sustainability and food security, utilizing edible plants.

“I just think that having a bit more of our own food security is going to be a lot more important in the future. Perennial food crops are great, and planting for future generations too,” he says. “If you’re not planning it for yourself, then maybe plant it for your kids or future generations. I think that’s something we’ve got to start getting back to.”

The nursery is home to only perennial plants, each grown carefully without the use of chemicals. There are no annuals or house plants as of now. Shick wants to show people that it is possible to grow rare or exotic plants in the Granite State.

While the plants at the nursery are each able to withstand Zone 4 and higher, Shick believes the climate has warmed enough that the area is approaching Zone 5. Looking to the future, he hopes to have more space to grow and work on expanding the food forest.

Categories: Family-friendly things to do, Guide to Summer, Home & Garden, Seasonal Guides – Spring, Things to Do

The post Yonder Mountain is Not Your Average Nursery appeared first on New Hampshire Magazine.