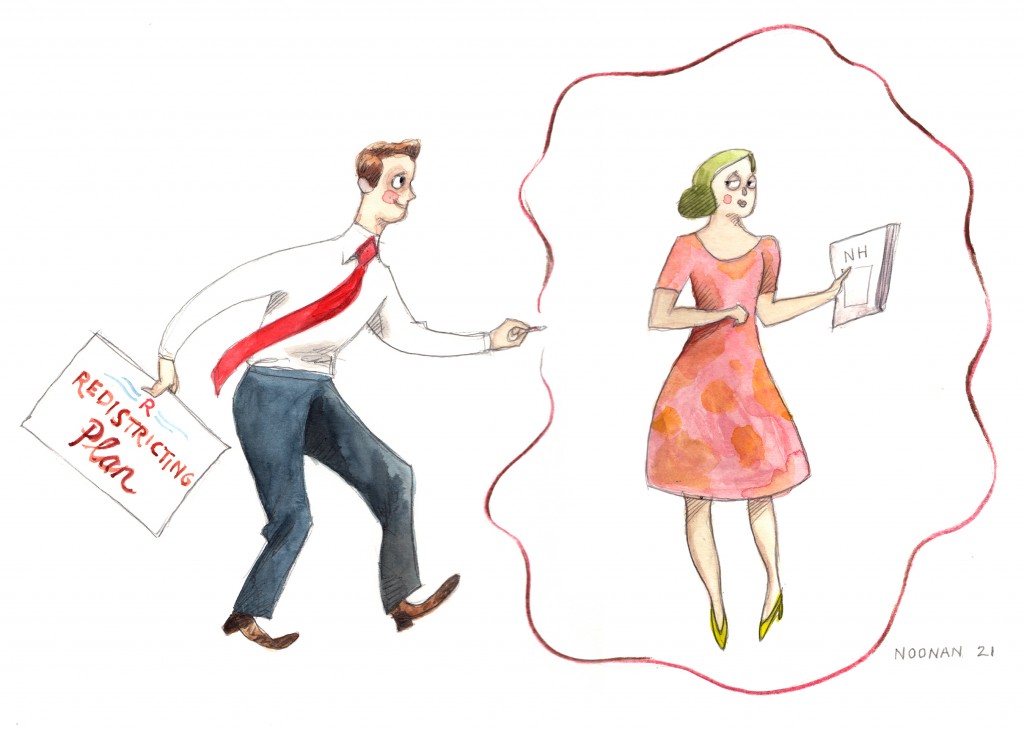 Let’s try an experiment. I’ll write the word “redistricting” in the second sentence of this column and —HOLD IT!

I knew you were about to flip the page. However, if you just stick with me for a few more paragraphs, you’ll see that this very arcane process, which is required every decade, is about to be the most interesting one of your lifetime. Yes, really.

That’s because there are three never-have-you-see-this-before-in-your-life things happening in New Hampshire as it relates to redistricting and the process of how elections are being run. So, yes, while redistricting will again end up giving more power to southern New Hampshire because of population shift, that is not news.

But what is likely to change is a reframing of New Hampshire politics — and it will all happen in a crunch period at the end of the year.

So what are the three things? We have never had a redistricting process play out in the middle of a pandemic. Census workers had a hard time gathering the constitutionally required data about who lives where.

Added up it means state legislatures like New Hampshire won’t get the detailed data they need to redraw districts until September, instead of April when they usually get it. For states like Virginia and New Jersey, which hold statehouse elections this November, that is a problem. Then again, the simple solution is to just use the same districts as before.

For New Hampshire, it means there will likely be a special session sometime this fall. If you are yawning because you don’t care when the Legislature meets to look at maps, I’m with you. But here is where it gets interesting: For the first time since New Hampshire became a swing state, Republicans control the entire process. Remember, along with Republican governor Chris Sununu there is a Republican-led House and Senate in Concord.

Earlier this year, state Republican Party chairman Steve Stepanek cited the growing belief in the party: What should be done is to redraw US House districts in a way that guarantees one be held by a Republican.

When you look at the map, this can be done quite easily. All you have to do is shift around a few towns to make the state’s eastern First District a Republican seat, which is currently held by two-term Democrat Chris Pappas.

Democrats have held all four seats representing the state in DC since 2016. And more relevant to your life is the fact that the pair of Congressional seats have been hotly contested since 2000, and pols have poured millions in negative television ads onto your screens. If one US House seat is a safe Republican seat and the other a safe Democratic seat, that isn’t going to happen anymore (except in the US Senate races).

Besides doing this in a pandemic and fewer television ads is this other development brewing in the Statehouse: moving the state’s very late September primary to June. Other states in New England have been moving their primaries earlier, most recently Vermont and Maine.

The idea is that holding these contests so late before the general election gives the incumbent an advantage. There is some truth to that. But in doing so, it also likely means that campaigns will start earlier and the campaign season will be longer. And maybe you’ll see more campaign ads after all.