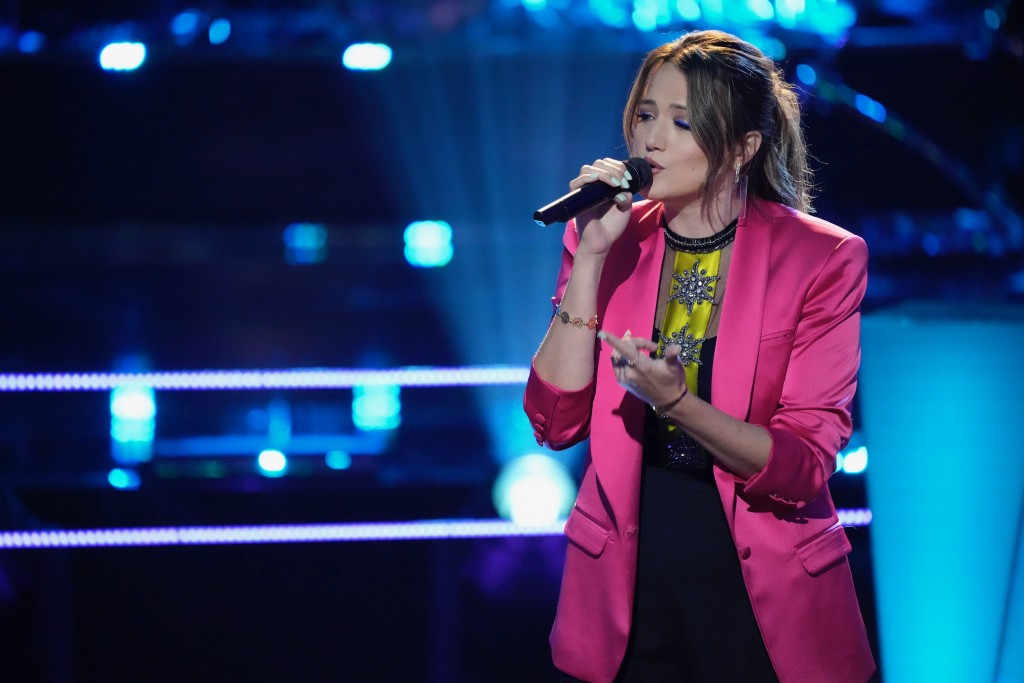 Parker McKay performing during season 21 of “The Voice.”

Long before she was serenading Kelly Clarkson and other celebrity judges on “The Voice,” Parker McKay got her start performing in talent shows, choir programs and musical theater on the Exeter High School stage. While McKay’s turn on the show came to an end in October, she left a lasting impression with her vocal chops and her candor about her late mother’s experience with frontotemporal dementia. Now back home and onto other projects, we caught up with her about what she learned during her turn in the spotlight. (This conversation has been edited for length and clarity.)

When did you know that you wanted to become a singer?

Like when I was 2 — in the womb, basically. I feel like my mom was just always playing music and singing. She was really into the ’90s divas, like Celine Dion, Whitney Houston, Mariah Carey, and I always just found what they did so compelling, and I wanted to achieve that feat.

How did you decide that you wanted to pursue “The Voice”?

I’ve had a lot of friends who have done it, and it’s such a great platform. You know, millions of Americans watch it. I went to my first-ever singing competition audition when I was 17 with my mom, that was for “American Idol.” And then I auditioned for the first season of “The Voice” and many times after that and didn’t get cast on the show until season 21.

What was your biggest lesson from your time on “The Voice”?

It completely re-established that my love for music comes from my love of connection, because I had so many people reach out after the show to talk about my mom’s disease, and that was absolutely the most rewarding part of it for me.

You’ve said that your mom gave you a love with music, and she passed away right before you left for the show. How did you try to navigate your time on “The Voice” while also dealing with such a difficult loss?

I left less than a month after she passed.

And, you know, I could either go and really do it or not go. So I just decided to go, and honor her and everything she taught me and all the courage she gave me by putting everything I had into it. Luckily, everyone on the show is handpicked to be incredible in every way, so they really huddled around me and made me feel loved and supported through the process.

What was your favorite part of being on “The Voice”?

This sounds so cliché, but honestly, they do such an amazing job of picking people who are not only incredible artists, but who are these really compelling personalities and hearts. And meeting everyone who is on the show, all the other contestants, they’re lifelong family now. That was my favorite part.

What was it like to work with Kelly Clarkson?

She’s so cool. There’s no discrimination between when the camera is on and when it’s off. She’s just Kelly Clarkson. And it’s wild because I grew up watching her become a pop star just from, you know, this young girl — she just became this sensation overnight, and I was a huge fan of hers, and I thought, how cool would it be to do that someday? And then I got to do it and be with her.

What do you hope other aspiring artists might take away from your story or your experience?

I would say to just trust the process. I know how frustrating it can be when a door closes on an opportunity. But if I had been cast on “The Voice” when I first auditioned, I would not have been ready in any way, shape or form. It came at the exact right time for me as an artist, and I wish I had worried less about it and about other opportunities like it.

Stay tuned for more from McKay. Visit her at parkermckay.com or follow her at @heyparkermckay. If you’re interested in hosting a private concert at your home, McKay welcomes inquiries at [email protected]