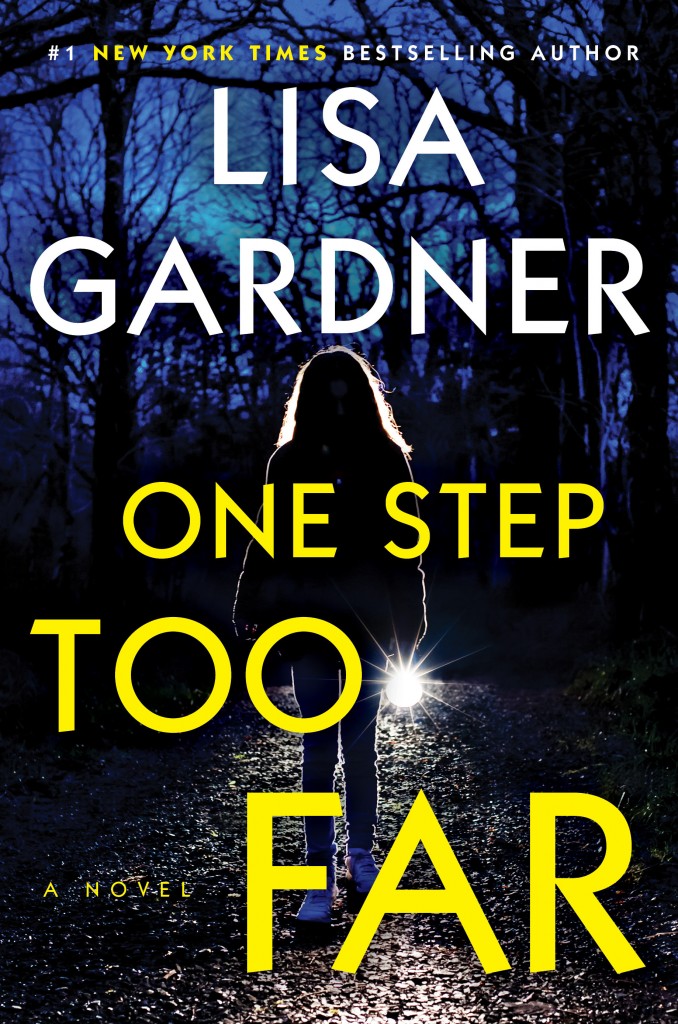 Like a lot of people drawn to the Mount Washington Valley, Lisa Gardner is an avid hiker. But for this New York Times bestselling novelist, dubbed “one of the masters when it comes to crime fiction” by the Associated Press, escaping into the wilderness of northern New Hampshire is an essential (and eerie) source of inspiration.

“Part of my writing process is roaming all of these mountains, you know, brainstorming how to get away with murder,” she says, with a laugh.

Gardner’s latest novel, “One Step Too Far,” out on January 18, centers on just such an ominous, mountainous mystery. It’s a followup to her 2021 thriller “Before She Disappeared,” starring the same imperfect heroine and self-made sleuth, Frankie Elkins. The new book finds Elkins on the hunt for a missing person deep in the woods of Wyoming. (Think something like the literary equivalent of “Mare of Easttown” meets “Unsolved Mysteries” meets “Yellowstone.”)

Of course, we know what you’re thinking: Why set the new book in Wyoming, not New Hampshire? Gardner can explain: “With all due respect to Mount Washington, which is dangerous enough, I needed things like grizzly bears, and we don’t have them.”

Still, Gardner assures us she relied on plenty of sources closer to home for help making the missing hiker mystery at the heart of “One Step Too Far” feel more realistic. Her book research included conversations with retired New Hampshire Fish and Game officers about conducting wilderness searches, plus interviews with state troopers and the Carroll County Sheriff’s Department. Little Angels Service Dogs, a Bartlett nonprofit that trains pups for all kinds of important roles, also informed one character: a search and rescue dog named Daisy.

And if this new book isn’t enough, fans of Gardner’s work can also look forward to a forthcoming television adaptation of her first Frankie Elkins novel, starring Academy Award-winner Hilary Swank. Swank will also serve as an executive producer on the project, debuting at a date still to be determined.

While Gardner says we’ll need to stay tuned for more specifics on the new show, she says she couldn’t have asked for a better film partner to bring Frankie Elkins — a recovering alcoholic who relies on a flip phone, a good ear, and an obsession with finding the truth at the heart of otherwise-abandoned cold cases — to life.

Whether on the page or screen, Gardner hopes people can turn to Frankie’s stories for an escape from a world that tells us technology trumps intuition, that steers us away from the paths others might be too scared to take, that says ordinary people can’t do extraordinary things every once in a while — you know, not unlike what you’d want from
a good hike.

The post Lost in the Woods With Lisa Gardner appeared first on New Hampshire Magazine.