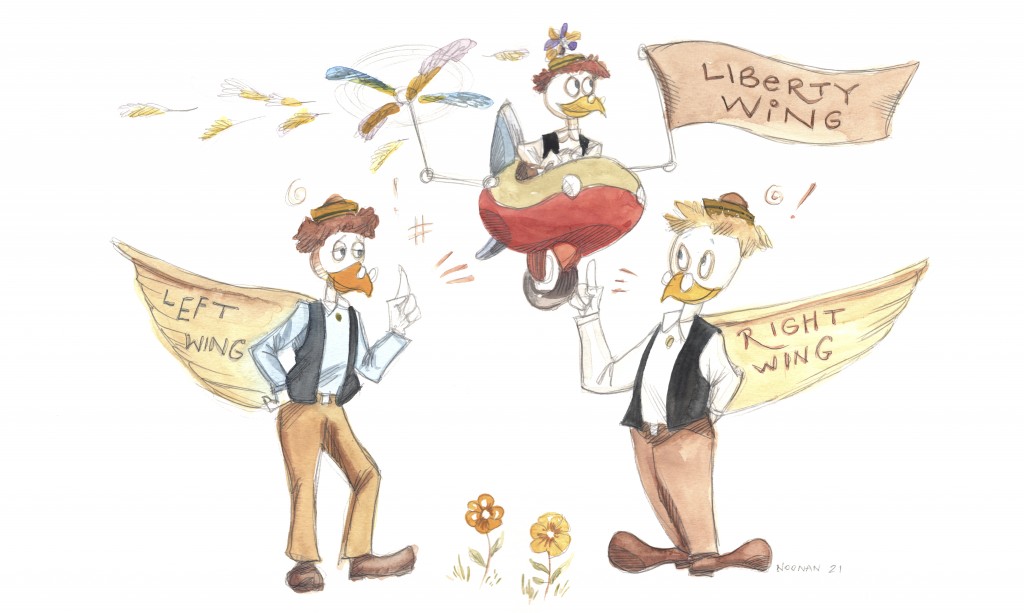 There was only one topic of New Hampshire political conversation in the summer of 2021 — the potential for a blockbuster race for U.S. Senate in 2022.

Republican governor Chris Sununu has not said whether he will challenge Democratic incumbent Maggie Hassan.

Yet the idea that it could happen has framed everything else in the state politically — from how to spin the state budget to local COVID response to Washington legislating to other races down the ballot. This is logical enough in terms of the early political jockeying. The problem is that this focus misses what is arguably a much bigger story in state politics this summer.

The year 2021 should be remembered in New Hampshire political history as the year that libertarians found their footing inside  the political establishment. Indeed, at no time in the state’s history have libertarians had a bigger say in how the state is run.

For the last half-century, what existed of the New Hampshire Libertarian Party was a separate, quirky sideshow. Occasionally, a Libertarian would reach at least 4% in a statewide race, meaning the state would recognize them as a political party. But that status was fleeting.

Lately, when there is any talk at all about New Hampshire Libertarians, it’s about the Free State Project. The two-decade-old idea was, if 20,000 libertarians moved here and ran for office, they could alter the trajectory of the state. In the end, they only achieved a quarter of the goal.

Along the way, many who moved to the state did run for office, but they began to run within the two-party system, especially as Republicans.

The transformation of the Libertarian Party to what is now considered to be the Liberty wing of the state Republican Party has had immense consequences for the everyday politics of the state and in very discernible raw-power ways.

For the first time, a liberatarian is in state political leadership. House Majority Leader Jason Osborne, 43, a Republican from Auburn, first came to New Hampshire as the Free State Project was getting underway. In 2020, he gave $50,000 to a political action committee dedicated to helping libertarians win nationwide. It’s important to note that Osborne didn’t become a leader just because of his own talent and personality but because he has a group of libertarians he leads in the House.

It is this group, using the existing power structure, that passed the most libertarian state budget in decades. Yes, Democrats will call it the most conservative budget in decades, but that forgets that concession after concession was to the libertarians to ensure the budget passed. What concessions? Taxes were cut, school choice credits expanded, religious freedoms expanded, and the ability to limit the power of the governor were suddenly topic No. 1.

Politically, members of this group in the state are even bigger players than they get credit for because it is not as obvious.

To be clear, the state Liberarian Party is a mess. Even their longest-serving members want nothing to do with their antics. But consider this: While Democrats haven’t been able to touch Sununu politically since he was first elected in 2016, it is libertarians (with a small L) who were constantly protesting outside of Sununu’s house and driving up his negatives in poll numbers, not the Democrats. And, without another libertarian-minded person, Aaron Day, who ran for the U.S. Senate as an independent to siphon off 17,000 votes from Kelly Ayotte, and Libertarian Party candidate Brian Chabot getting another 12,000 votes, Hassan, who won that race by a little over a 1,000 votes, wouldn’t be a senator today.