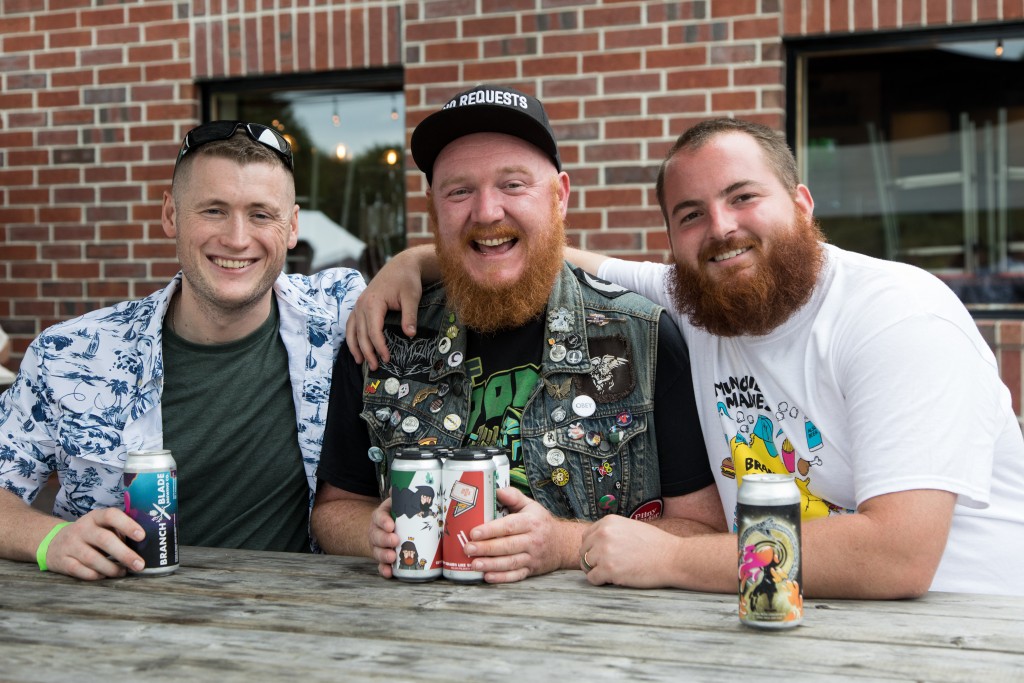 It is a great time to be a beer lover in New Hampshire. With more than 84 breweries across the state, it isn’t hard to find a nearby spot to enjoy a locally crafted brew. Relatively early on, the Seacoast and the I-93 corridor gained reputations as beer centers, but as an appreciation for local beer continued to grow, others ventured into farther-flung places. Like the Monadnock Region, which has quietly grown into an exciting brewery-rich area.

Cheshire County is now home to a number of breweries, and although most are recent additions to the landscape, Debra Rivest paved the way 26 years ago when she opened Elm City Brewing Company, Keene’s first brewery since Prohibition.

While Elm City is known for craft beers, the food keeps a loyal following of customers who come back for the fresh ingredients and locally sourced meals, which (not coincidentally) pair nicely with their selection of beers and craft cocktails. Bartender Gini Kernozicky started at Elm City on opening day, December 10, 1995, and credits the brewery’s continued popularity with the pride they serve up alongside the food and drink.

Then there are, at least from Elm City’s point of view, all the newcomers.

Located at the southwest tip of Cheshire County in Winchester, The Outlaw Brewing Company provides expansive outdoor seating for folks who flock to the brewery from all over New England. The onsite Airbnb also provides an opportunity for out-of-town visitors to really soak in some of New Hampshire’s beautiful views and brews. Once one of the tiniest breweries in the state, Outlaw now boasts 15,000 square feet of outdoor space complete with tented seating, outdoor yard games, live music and backyard BBQ. With all the feels of a sultry summer soirée, Outlaw maintains a focus on creating top-notch beers. Although the American Blonde is Outlaw’s flagship beer, the Cranky Yankee dry hopped IPA is a customer favorite. 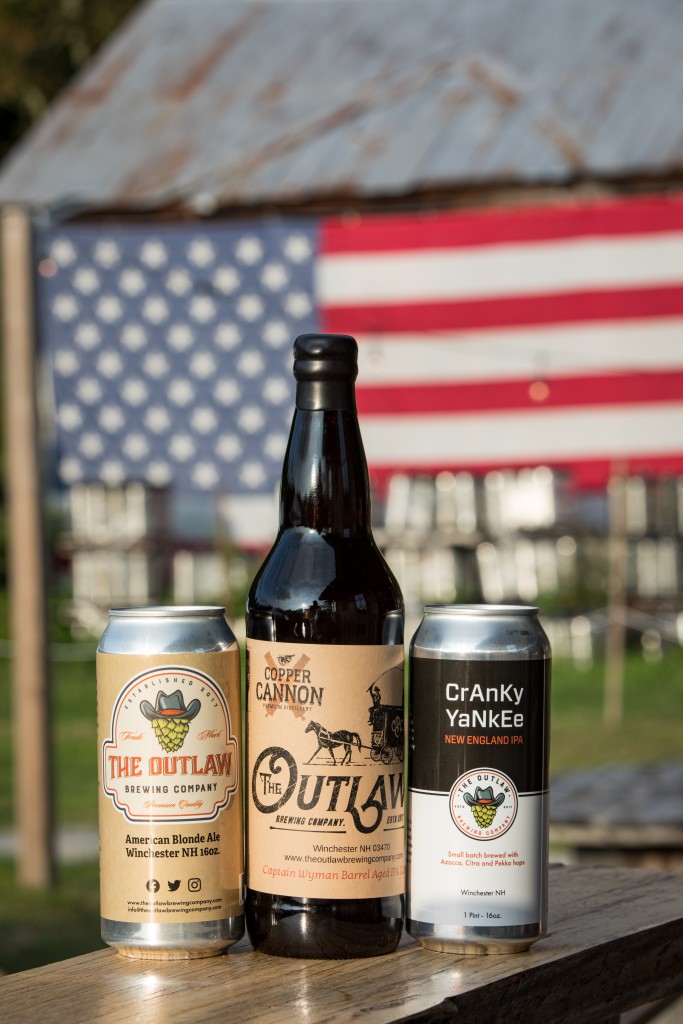 The Outlaw Brewing Company in Winchester.

If you’re looking for a slightly more hipster vibe, take a short trip from the southwest corner of the state up to Swanzey, where art meets beer at the West LA Beer Co. Located just west of the Lower Ashuelot River, here you’ll find a comfortable and understated indoor taproom that’s a small-scale gallery of exceptional beer art paired with an inviting outdoor escape featuring wall-size murals. Despite its New England location, West LA owners Dave Smith, Ryan Gale and Eric Johnson exude a laidback California vibe focused on quality brews and exceptional art. The iconic Monster Crush can is a hot commodity, says Smith: “Every time we brew it, we sell out immediately.”

Just north of West LA, the modern minimalist Modestman Brewing on Main Street in Keene offers a cool, sleek indoor space coupled with an inviting outdoor courtyard. The former bank-turned-brewery is open seven days a week and is a popular downtown destination for locals and travelers.

On the day we visited, Pat deVeers from Manchester was celebrating his birthday with friends who made their way to Modestman after enjoying a full afternoon at the Munchie Madness Craft Beer Festival at nearby Branch and Blade Brewing.

Held in collaboration with Brewed Events, the festival, which drew about 800 visitors, was the first of what promises to be an annual summer event. DJ Philly2illy kept folks moving and grooving in the unpresumptuous outdoor venue adjacent to B&B’s industrial vibe brewery. The tented areas, coupled with ample picnic tables, provided space for
42 beer vendors who gathered to share their love of beer with festival attendees. With more than 120 different beers on tap, beer enthusiasts were able to sample brews from around the country. Next year’s festival is planned for August 27, 2022.

No matter what type of beer you prefer or where you like to enjoy it, the craft beer industry is thriving in the Live Free or Die state. If you pour it, they will come!