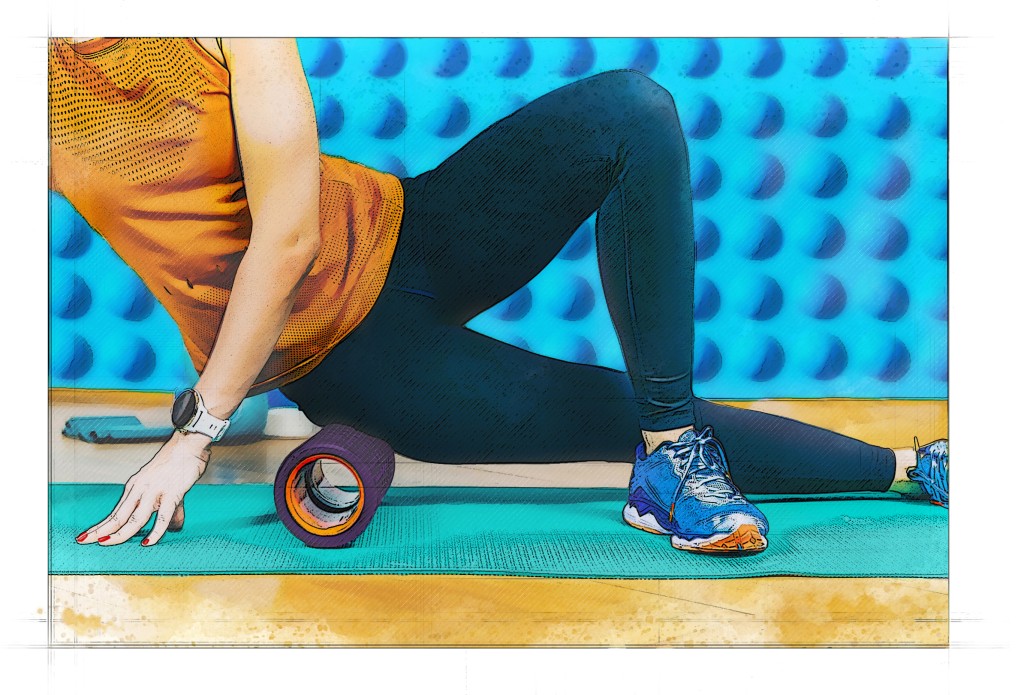 The fitness industry has no shortage of devices that promise to make you leaner, stronger, more flexible, or otherwise physically enhanced. In recent years, as everyone from elite athletes to weekend warriors incorporates self-massage into their workout routine, foam rollers and similar tools have become the latest must-have exercise item.

As the name implies, foam rollers are log-shaped pieces of foam. They come in a variety of lengths, densities and textures. Slide one under your legs, roll back and forth, and voilà, you’re giving yourself a self-massage, albeit one that isn’t always soothing or relaxing.

Laura Jorgensen, P.T., D.P.T., a physical therapist at Dartmouth-Hitchcock, says that the mechanisms behind how foam rolling works remain somewhat hypothetical, but foam rolling does appear to offer benefits. For example, she says, “we have seen gains in flexibility” when foam rolling is used in combination with stretching. Foam rolling can also alleviate pain. “We don’t know exactly why,” Jorgensen says, “but it seems to help a lot of people manage some of their muscular-pain symptoms.”

The friction and pressure that occur during foam rolling mimic hands-on techniques that a physical or massage therapist might use, Jorgensen says. As a result, foam-rolling proponents say, it can reduce the likelihood of injury, aid recovery, alleviate soreness, and calm and lengthen muscles, likely as it promotes blood circulation and tension release within muscle “fascia” or connective tissue that surrounds muscles.

Foam rolling is typically more akin to a deep-tissue massage rather than a relaxing massage: In some spots it feels good or hurts so good, but in other areas of body, it just plain hurts. “The amount of pressure required to break up an adhesion or to change somebody’s fascial restriction can be really uncomfortable — it can be really painful for most people,” says Cameron “C.J.” Vallie, P.T., D.P.T., A.T.C., a physical therapist at St. Joseph Hospital. However, foam-rolling pain should not persist long after you finish a foam-rolling session, he notes.

In general, those new to foam rolling should start with a foam roller that is soft and easy to compress, Vallie says, graduating as comfort allows to foam rollers that are denser and harder, and perhaps textured with lumps and bumps that in theory, at least, offer enhanced benefits by creating more pressure on targeted areas.

If you like the idea of self-massage but want something less bulky than a foam roller to toss in a gym bag, try using a lacrosse ball, tennis ball, or small and lightweight rolling stick for self-massage, Vallie adds.

Typically, the recommended technique for foam rolling is to roll over muscles at a rate of one inch per second, “which is really, really, super slow,” Vallie points out. Because foam rolling can cause discomfort, many people roll more quickly than they should. If you find a knot or tender spot, hold the roller or other self-massage tool on that spot for up to 90 seconds. Maintaining pressure longer than that can create excessive inflammation and limit muscle function, Vallie says.

Be aware that not all areas of the body are candidates for foam rolling. Do not roll on bony prominences or the lower back, for example. Also do not roll on an acute injury. “If the thing that hurts is a chronic, muscle kind of pain, then that’s fine,” Jorgensen says, but if it’s an acute injury, rolling on that spot can aggravate the problem.

Also, do not roll too aggressively. “I think sometimes there can be this mindset of ‘the more pain the more gains,’ but that’s not always necessarily true,” Jorgensen says. If you push on muscles so hard that the resulting pain causes you to grit your teeth and tense your muscles, foam rolling will be counterproductive.

“Try to take your ego out of it a little bit and accept that it’s OK if the hard, pokey foam roller doesn’t feel good to you,” Jorgensen says. “The point isn’t to torture yourself; the point is to do something to try to help yourself feel better” and move more easily.

Foam rolling takes a little bit of practice, “but it’s a really good tool for just about everybody,” Vallie says. “I put my athletes on it, and the other day, I had an 80-year-old on the foam roller,” modifying the movements as needed. “Know your limitations,” Vallie says, “take it slow, and you should find success.”

Some do’s and don’ts of foam rolling

Foam rolling, or what experts call “self-myofascial release” or self-massage, has surged in popularity among exercisers in recent years. Many people, however, don’t do it properly. Here are some tips:

The post Foam rolling has taken off among exercisers. Should you try it? appeared first on New Hampshire Magazine.