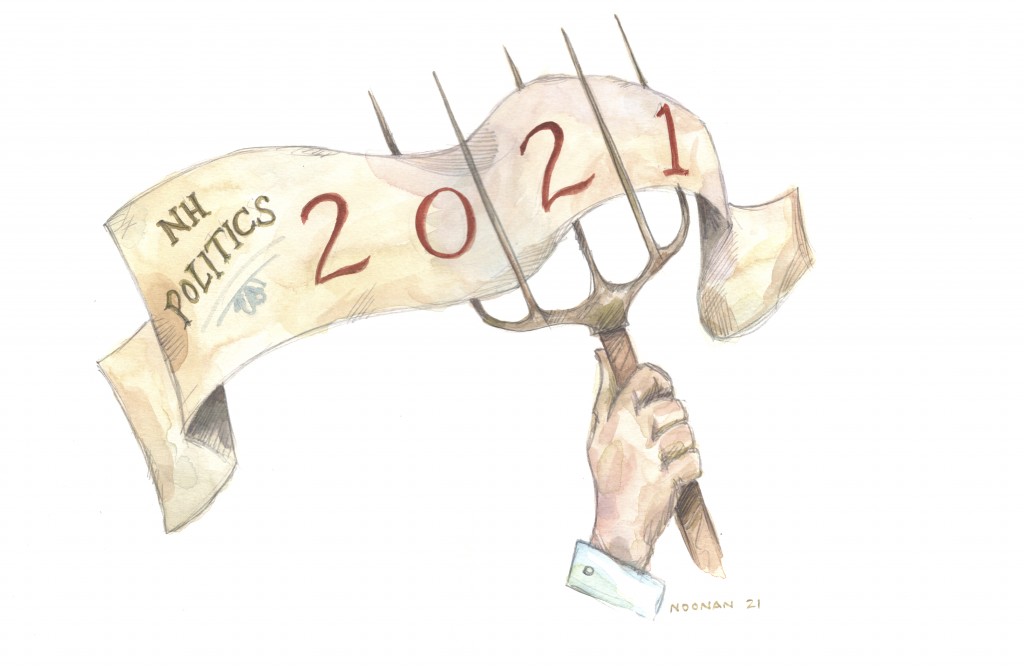 For New Hampshire, there is usually one big thing that defines each year. Consider the large-scale fight over the Seabrook nuclear power plant (1989), or the year Concord teacher Christa McAuliffe died on the Challenger space shuttle (1986), or the year the Claremont education lawsuit was issued (1991), or last year when Covid came.

Lots of things happened in the Granite State this year, but 2021 is the year that was defined by many of the state’s residents just being angry.

The year began with some Granite Staters taking part in the bloody attack on the nation’s Capitol. Two, in particular, stand out: David Ellis, the Troy police chief, and Jason Riddle, a Keene area mail carrier and corrections officer, who pleaded guilty to stealing items during the riot.

The anger continued in school board meetings, which became the venue of a cultural battle that has riveted not just New Hampshire but the nation. Among the items being shouted about at these school meetings is critical race theory. It was unclear just how much this approach to education — through which many things in American history are examined for the role racism may have played — was actually being taught. But the Legislature joined a number of states that banned the practice this year.

Of course, the simmering anger was there nearly every day in 2021 regarding various responses to Covid. Residents in Portsmouth were mad their mayor didn’t provide more public safety measures. Others, who angrily protested outside of Gov. Chris Sununu’s private home in Newfields, were upset he signed too many restrictions though executive orders.

And for school boards, there was the heat, especially in Nashua, about whether children should wear masks. One disruptive resident, asked to leave a meeting, shouted that the board — which backed national recommendations that unvaccinated children wear masks in the classroom — were child abusers.

Both of these incidents could come and go and have very little impact on the day-to-day of New Hampshire residents or of the New Hampshire government itself, but things heated up again as temperatures fell in the fall.

Those on the left in the state were also angry. They held a number of Statehouse rallies protesting new laws related to abortion that passed in New Hampshire, as well as a very controversial new law in Texas, which could prove to be a test case to possibly overturn Roe vs. Wade.

And anger boiled this fall when a small group of anti-Covid vaccine vigilantes loudly objected to a proposal in front of the Executive Council to spend $27 million from the federal government for vaccine outreach. This group was responsible for an unprecedented situation: An Executive Council meeting with Gov. Sununu was canceled because this group began with threatening language toward the elected officials and other government employees.

Two weeks after that, the issue came up again; multiple arrests were made and the council rejected it anyway.

As we come to the year’s end and pause to reflect on what is happening in the state politically, the throughline for 2021 is that the leaders of the state didn’t really lead so much as the anger from the political grassroots did.

Here’s to hoping for a more civil, calmer and kinder 2022.

The post Democracy: Into the Fray appeared first on New Hampshire Magazine.