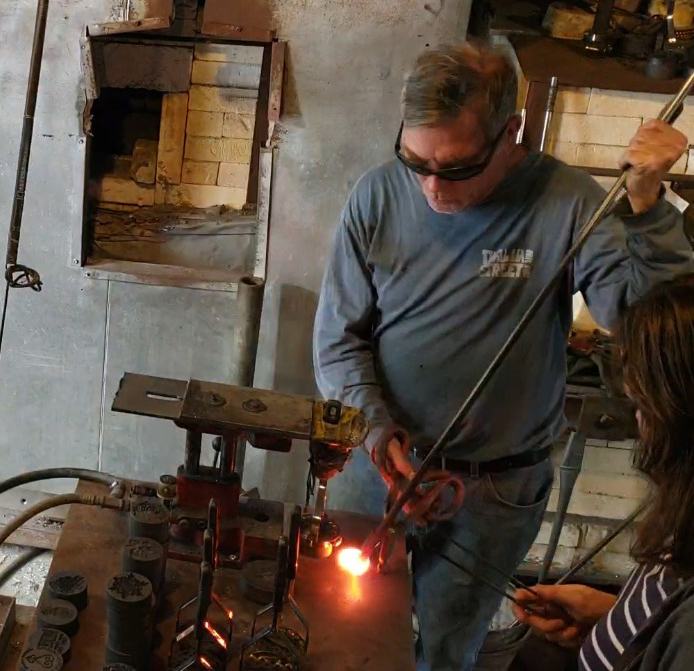 Chris Salmon is president and principal designer of Old Hancock Glass Tiles, where he creates beautiful hand-pressed tiles, among other items, and develops cutting-edge processes working with glass. We had a chance to learn more about this accomplished innovator – how he got started, where his career took him and how his art has evolved.

How did you get into working with glass?

Chris Salmon: I started working with molten glass when I was 16. The Studio Glass Movement had just started in 1966, and I started in 1968. A practice teacher came to the crafts program at my high school, and he had just started to work with molten glass. We built a small furnace in the crafts room, and put paper over the glass in the door so no one just walking by would see. I think there were initially four or five students who would illegally stay in the school overnight to keep an eye on the furnace. We melted Coke bottles.

Get your own piece of Old Hancock Glass 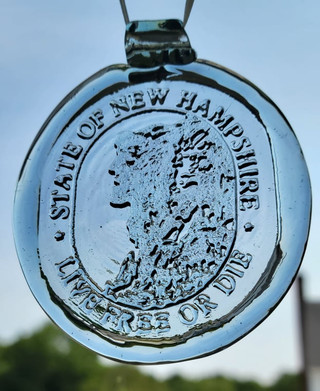 Where did you learn your craft?

Chris Salmon: I chose to go to Goddard College in Plainfield, Vermont. They said they were going to build a hot glass working shop, so I arrived in July, several months before my first year started in September of 1970. I worked with Dudley Giberson, of Warner, N.H., who had designed the glass furnace and annealing oven for the glass shop. There was a planned off-campus trimester every third trimester. I had two majors at Goddard – one was glass, and the second was science education. During times away from Goddard I worked at the Eisch Glass Factory in Germany (where I learned the technique of carving a graphite die to press glass); was the assistant for the glass instructor, Jack Schmidt, at The Toledo Museum of Art; worked on the blowing crew for Dale Chihuly at the Rhode Island School of Design; helped build a hot glass studio at The Institute of American Indian Art (sister school to RISD) in Santa Fe, N.M.; took Physics for High School Teachers at Brown University under Professor Walter Massey (a great man); practice taught Science at Hope Street High School. 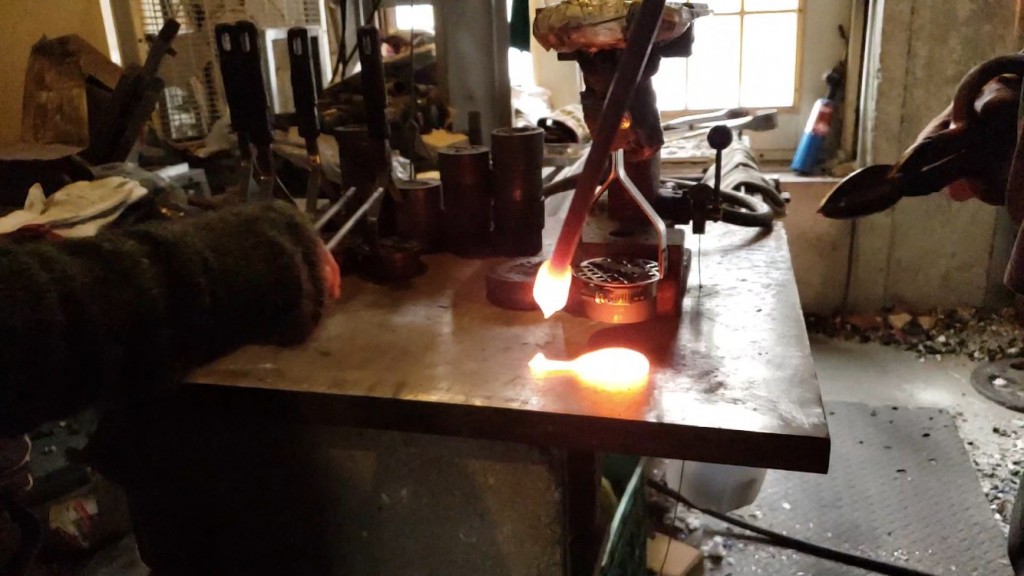 What brought you to New Hampshire?

Chris Salmon: After I graduated, I moved to Peterborough and built a glass studio on Summer Street. I joined The League of N.H. Craftsmen at this time (1974.) In 1975, Franklin Pierce College asked me to build a hot glass program. These two great maintenance guys, Pete Whitworth and Detroit Hood, built the building to my specs. I built the hot glass equipment and taught glassblowing there. The building is still used for hot glass work.

In 1978 I was awarded a graduate fellowship by RISD where I studied glass in the sculpture department, worked on my art, and worked with Dale Chihuly again. After that, I built a studio on Block Island (Block Island Glass) and taught all sciences and art at the Block Island School (70 students K-12). I taught for two years, but kept my studio there for quite some time after, and worked during the summers.

In New Hampshire, I built another studio, this time in Antrim on Clinton Road. I developed a blown glass goblet with a glass flower cased in the stem. This became my staple blown glass piece for 15-20 years. Oprah Winfrey has a set of 24 pieces. Eric Sloane told the museum shop director at the Dallas Museum of Art that my goblet, he saw in the shop, was the best thing at the museum (he had a show of his art up at the museum at the time.)

I worked out a unique way to make a pressed glass tile using the technique I use for the suncatchers, but turning it upside down and applying glass enamels to colorize the bas-relief design. I wrote, and was awarded, a patent for that. I was unable to raise the funds to make a viable production line for the tile. 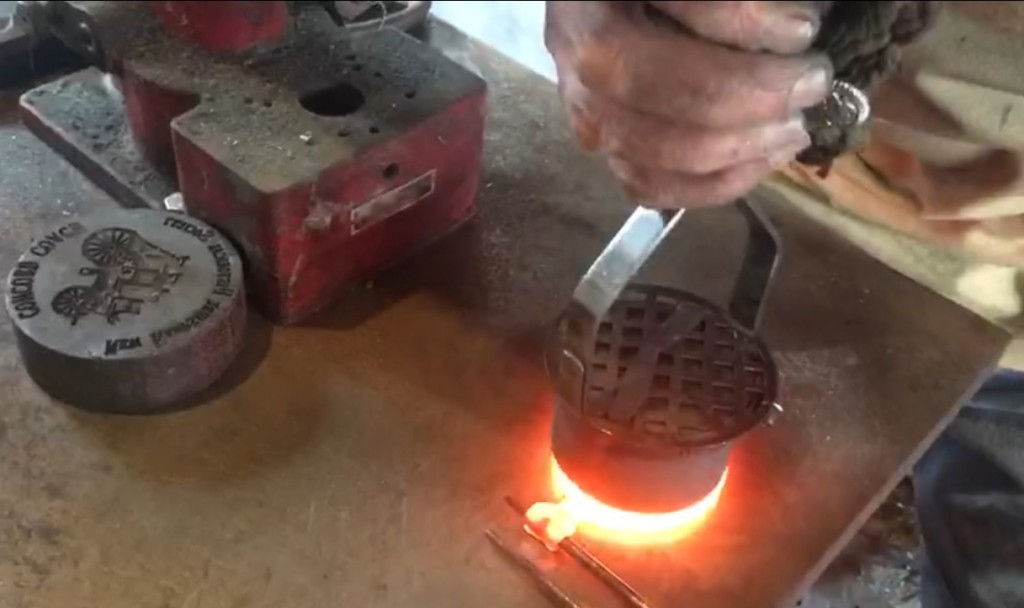 How has your art evolved over the years?

Chris Salmon: About 15 years ago, I started to focus on drawing, carving and producing the suncatchers that Yankee offers. As they are 100% post-consumer glass that I get from the transfer station, it took some time to make the melt work right. I have also, by today, carved thousands of graphite dies to press the molten glass with the bas-relief designs you see. I still mount the dies on potato mashers, and have worked up an air assist on the press. I really like the way they look now. When I produce them, I work with one other person who knows how to finish each, while I gather the next bit of glass.

What do you like to do when you’re not working with glass?

Chris Salmon: We tell jokes, listen to music, work through life’s problems and almost all are contra-dancers. Back when you could, I would dance every Monday in Nelson, call, help with the sound. A contra-dance is usually chock full of talented people who are well connected to their body for the old hand-to-eye.