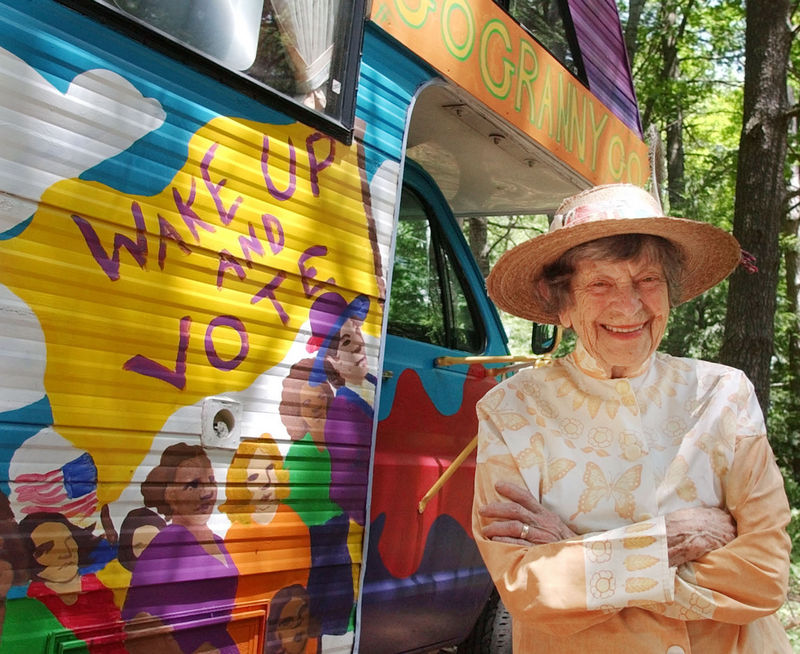 March is Women’s History Month, the perfect time to learn more about impactful women across the country. Whether it’s a treasured family member, a public figure you look up to, or a trailblazer from another point in history, this month is a great time to remind ourselves of their influence on society.

There are several anniversaries and milestones celebrated in March as well, including the passage of Title IX on March 1, 1972 and the first suffragette parade on March 3, 1913.

Be sure to check out our full series of historical female Granite Staters.

“Look how our profession is under siege in the nation’s capital. We are called disparaging names. We are not always treated with respect. People tell unkind jokes about us. But do not ever forget that we are an honorable profession.”

The honorable Linda Stewart Dalianis was the first woman nominated to the New Hampshire Supreme Court in 2000, and the first woman to serve as chief justice starting in 2010, after an appointment by Gov. John Lynch. She had previously served on the superior court, including as chief justice, and was appointed as a marital master. She announced her retirement in anticipation of her 70th birthday, as New Hampshire state judges are required to leave the bench at that age.

Dalianis’ career began at Suffolk University Law School, and her first legal job was Hamblett and Kerrigan in Nashua. She worked her way up to the top of the New Hampshire legal world. She received several notable awards, including a Lifetime Achievement Award from the Nashua Bar Association and the esteemed Marilla Ricker Award from the N.H. Women’s Bar Association.

She also created the NH e-court program which digitized case filings. Dalianis is credited with blazing a trail for future women lawyers in the Granite State. Her seat on the bench was filled by Anna Barbara “Bobbie” Hantz Marconi in 2017.

“Never be discouraged from being an activist because people tell you that you’ll not succeed. You have already succeeded if you’re out there representing truth or justice or compassion or fairness or love.”

Granny D led a relatively typical (though exceptional) Granite State life – until she didn’t. She was born in Laconia, attended college in Boston and worked at the Bee Bee Shoe company. At the age of 89, she walked across the continental United States to advocate for campaign finance reform. She gave a speech on the Capitol steps. Her advocacy and dedication to the cause pushed lawmakers to sign into law the 2002 Bipartisan Campaign Reform Act.

She also founded the Coalition for Open Democracy, a nonpartisan organization dedicated to political equality and fighting big money in politics. Their NH Rebellion project carries on Granny D’s legacy. Over 3,000 participants, or Rebels, have walked over 40,000 miles to encourage public campaign funding.

Though she passed away in 2010, Open Democracy writes on their website that Granny D will be remembered “for her uplifting rhetoric, her feisty down-to-earth spirit, and her unflinching commitment to the cause of democracy for all.”

“I believe engaging in conversations around the fullness of this shared history is a starting point for engaging hearts and mind in dialogue towards an understanding of human dignity when it’s free of historical stereotypes.”

JerriAnne Boggis is an activist, advocate and author. She is the executive director of the Black Heritage Trail of New Hampshire (BHTNH), a nonprofit group dedicated to promoting awareness of African American history and life, with the goal of improving inclusivity today. She also founded The Harriet Wilson Project, and was previously employed at the University of New Hampshire as director of diversity programs and community outreach. BHTNH offers a wide array of educational tools, including virtual and in-person tours, workshops and signature events such as the Elinor Williams Hooker Tea Talks.

Boggis encourages and promotes conversations regarding Black history in the Granite State. She argues that though there is generally a smaller number of Black people in New Hampshire than in some other states, the issues they face are the same. She is passionate about using history to inform the present and future.

She has received the Ona Judge Award for Human Rights, and was 2017’s  Seacoast NAACP Freedom Fighter. She was previously chosen as part of the Nashua Telegrah’s 25 Extraordinary Women of Southern New Hampshire and New Hampshire Humanities Council 40 most influential New Hampshirites.