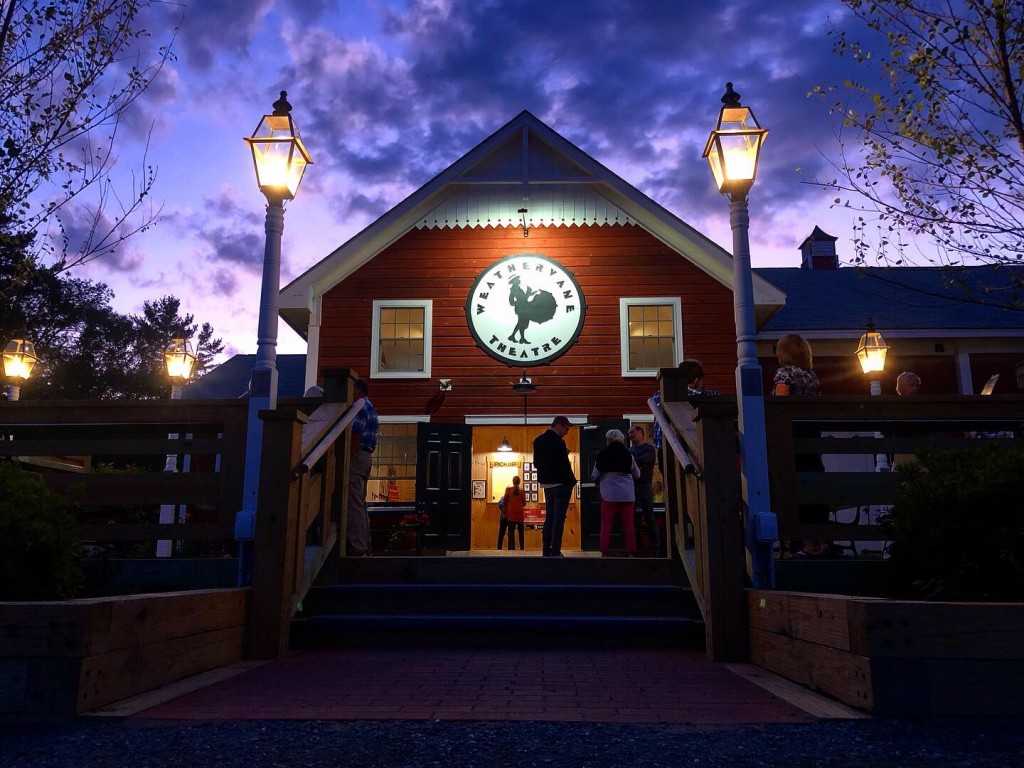 Exterior of the Weathervane in August 2019 Photo by Lew Whitener

For our latest profile, check out Weathervane Theatre in Whitefield. The theater is the only professional alternating repertory theater in the country, producing seven shows in eight weeks with a different show every night. We reached out to Marketing Associate Carrie Greenberg to learn about their 56th summer season in the North Country.

Tell us about the history of your theater.
Carrie Greenberg: “Founded in 1966 by Gibbs Murray and the late Tom Haas, the Weathervane continued the tradition of live, professional summer entertainment in Whitefield that began at the Chase Barn Theatre. The Chase opened in 1934 in a barn on the Chase Farm property. From 1934 through 1962, William Chase, arts critic at the New York Times, began importing performers every summer from Broadway, the Met and beyond to the delight of North Country residents and vacationers.

The Weathervane as we know it was born in 1965  when Lucy Chase Sparks introduced Tom Haas and Gibbs Murray to a property on Route 3 that offered two conjoined antique barns just begging to be transformed into a new stage space. For 36 summers, the 1860s-era, 225-seat barn served generations of theater-goers.

Open staging (no proscenium) and a raked, moveable pie section combined with the intimacy of the space made for creative staging and an immediacy, which eager audiences were drawn to. [This created] Weathervane’s signature alternating repertory style — presenting seven different productions in eight weeks. Over the years, the space has been updated (and even survived a devastating fire), and has continued to present high-quality plays and Broadway-style musicals.

Despite the pandemic, Weathervane was able to successfully produce a virtual summer season last year consisting of Mainstage and children’s theater programming, utilizing live-streaming for the first time and increasing Weathervane’s reach worldwide. Weathervane was also given approval by the artist union Actors’ Equity Association as the first theater post-pandemic to be able to produce a multi-person production indoors, which gave way to a successful inaugural fall season. What was once a small summerstock theater has grown into a theater with a summer and fall alternating repertory season with 11 productions over 15 weeks, plus a growing education program (Intern Program, theatrer camp, children’s theater series) and community initiatives (student tickets, free events, etc.). Constant to the Weathervane is its high-quality productions brought to life with top tier talent with a lot of heart.”

What makes your venue special or different?
Carrie: “Our cofounder, Gibbs Murray. At 81 years old, Gibbs still designs some of our sets, our season poster and show logos, and gives curtain speeches. Even his handwriting is synonymous with the Weathervane. You may also find him on a hot July afternoon helping paint in the scene shop (and giving some pointers). Also something special to the Weathervane is that you are hard pressed to find another venue where the employees are so giving. Everyone here works for the betterment of the institution and the quality of life for the community.”

What’s the story behind the name of your theater?
Carrie: “When Tom and Gibbs purchased the property from the Chase family, there was an inn next door named The Weathervane Inn, and as the theater space originally started as a barn there was a weathervane on the roof of the building. While the weathervane was stolen after that first summer, the inn still stands but is now the award-winning Inn at Whitefield, a very popular restaurant that we still partner with for our dinner and a show packages.”

What are you best known for?
Carrie: “Our signature alternating repertory. Over the course of the summer we are known for presenting seven shows in eight weeks.” 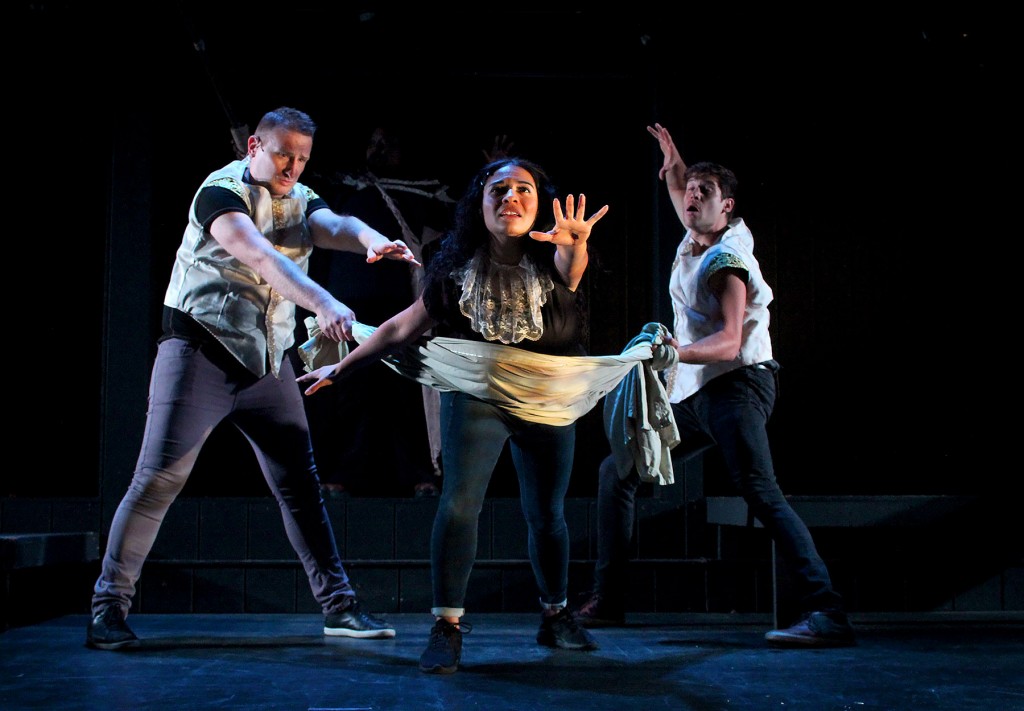 Tell us about the most memorable play you’ve done.
Carrie: “I think last season as a whole was incredibly memorable. When many arts organizations had understandably shut their doors, through outdoor and livestream programming, as well as rigorous health and safety standards, we figured out a way we could safely create and deliver theater. The performance that was especially memorable was when The New York Times was in the audience for a performance of “Little Shop of Horrors.” They got wind of what we were doing and came up for a visit which resulted in a really beautiful feature in the NYT Arts section.”

Tell us about what you have been up to this season. Do you have anything exciting planned for 2021?
Carrie: “Our new student ticketing program! All current high school juniors and seniors in Coös County are eligible to receive two tickets to a mainstage production of their choice. We are so happy to make the arts even more accessible here in the North Country.”

What keeps you passionate about doing what you do?
Carrie: “The arts are so important. In times like these, people need an outlet, whether it’s as a form of self-expression or as a means of escape. For us at the Weathervane, theater enriches our lives and we want our communities to experience that same level of fulfillment. While we are known at the Weathervane for our dedication and work ethic, we are also known for bringing joy. You can get through any obstacle when you know what you’re doing will ultimately improve someone else’s quality of life.”

The post Behind the Curtain: Weathervane Theater appeared first on New Hampshire Magazine.