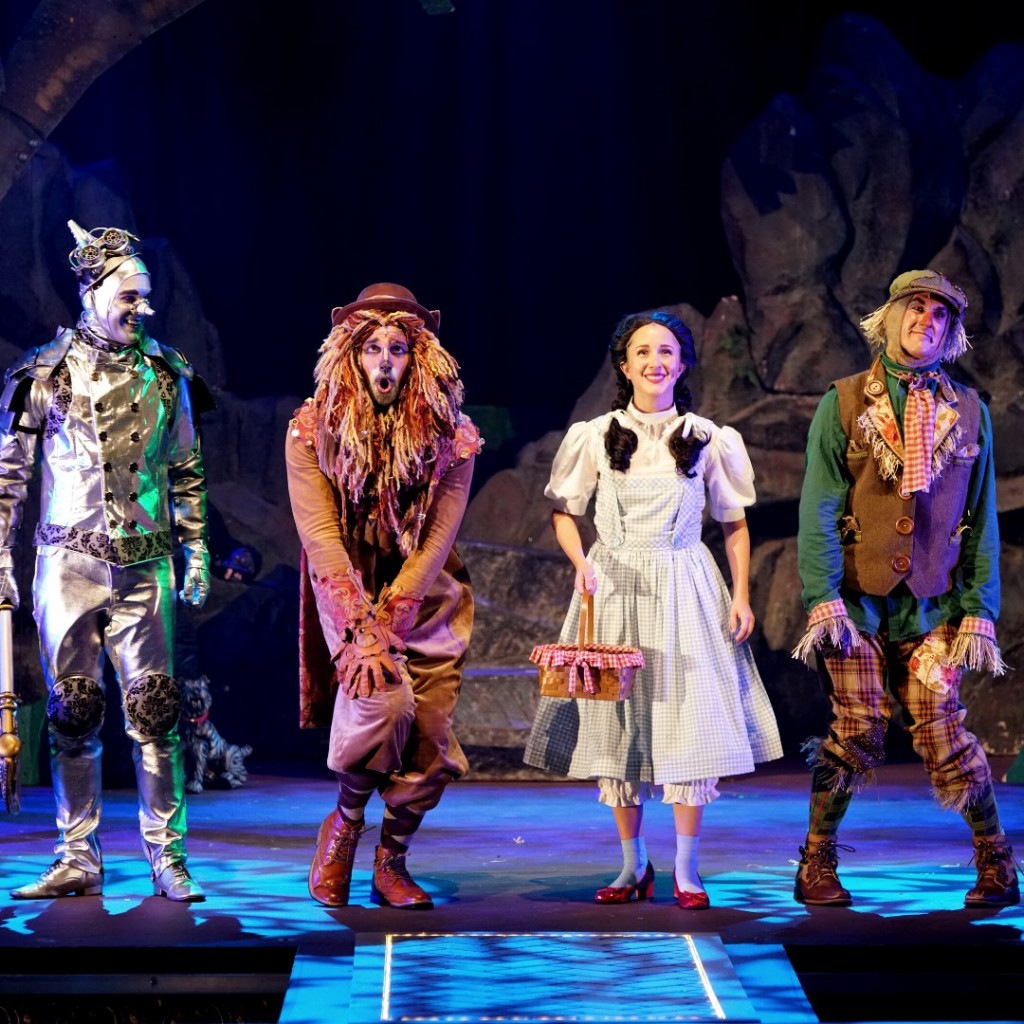 For our latest profile, check out The Palace Theatre. We spoke to Marketing Coordinator Christina Soule to learn more about the one-of-a-kind 834 seat theater and the staff who work here are committed to preserving it. Read on to learn all about how they are committed to achieving their mission through preserving the historic facilities of the theater, responding creatively to the cultural and entertainment needs of the community, and governing in a fiscally responsible and strategic manner.

Tell us about the history of your theater.
Christina Soule: “Established in 1914 and completed in less than a year, the theater boasted superb construction, stunning decor, and an interior that was cooled by fans blowing air over great blocks of ice under the stage. The Palace Theatre was considered the only first-class theater in New Hampshire that was fireproof and ‘air-conditioned.’ Greek immigrant, Victor Charas, was an ambitious man who wanted to set his new theater apart, incorporating the finest and most modern safety and comfort features of the day.”

What makes your venue special or different?
Christina: “The Palace Theatre supports local artists as well as talent from New York City and beyond. Our venues help make live theater more accessible to the community. The Palace and Rex Theatres are located in a historic part of Manchester, which makes for a unique experience when attending a show. Oftentimes, patrons will grab a bite to eat before or after a performance, and explore downtown Manchester. Now, more than ever, we want to help support and uplift local businesses as we re-open our doors to the public.”

What’s the story behind the name of your theater?
Christina: “Fashioned after its namesake in New York City, the Palace Theatre was (and still remains) remarkably similar to its larger cousin.”

What are you best known for?
Christina: “The Palace Theatre is best known for delivering Broadway quality live-performances, impressive comedy and live-music, as well as bringing in special guests to our stages. In addition to putting on professional performances, the Palace Theatre Trust is firmly committed to strengthening access to theater for youth in the Manchester area and beyond. Palace Youth Theatre (PYT) is the largest and fastest-growing youth theater program in the state, with over 750 students involved each year.”

Tell us about the most memorable play you’ve done.
Christina: “Although it’s difficult to narrow down, ‘Mama Mia!’ would have to be the most memorable performance at the Palace Theatre. Each year, Artistic Director Carl Rajotte increases the quality of performances and works to bring Broadway to New Hampshire. The storytelling magic of ABBA’s timeless songs propels this enchanting tale of love, laughter and friendship, creating an unforgettable show. It has an incredibly talented cast, guaranteeing non-stop laughs and explosive dance numbers!”

Tell us about what you have been up to this season. Do you have anything exciting planned for 2021?
Christina: “Beginning June 30, the Palace will once again present the Bank of New Hampshire Children’s Summer Series. This year’s series will feature Magician BJ Hickman, ‘Snow White,’ ‘Peter Pan,’ ‘Wizard of Oz,’ ‘The Little Mermaid,’ ‘Beauty and the Beast,’ ‘Rapunzel,’ ‘Cinderella’ and ‘Sleeping Beauty.’ The St. Mary’s Bank 2021-2022 Performing Arts Series is also proud to present ‘Queen of the Night’ as its opening show September 10. From Palace Artistic Director Carl Rajotte comes a brand new concert style show celebrating the music of 6-time Grammy award winning artist, Whitney Houston. Over at the Rex, people who love to laugh will be happy to know that Friday Night Comedy is back! Comedians include Tony V, Kelly MacFarland, Joe Yannetty, Corey Rodrigues and Christine Hurley. In addition to comedy, fantastic live music is much anticipated at the Rex Theatre this summer, as well. Tickets for No Shoes Nation Band, The Youngsters, American Elton, Panorama, The Spain Brothers and more are available for purchase online at palacetheatre.org or by calling the Box Office at (603) 668-5588.”

What keeps you passionate about doing what you do?
Christina: “The community and our patrons keep us passionate about what we’re doing as a theater. Feeling the energy in our lobby before a show is something we are eager to experience again on opening night. We cannot wait until Hanover Street is once again buzzing with excitement as people of all ages await entry!”

How can people best support you right now?
Christina: “The performing arts was just one industry hit hard during the pandemic. Right now, people can best support the Palace Theatres by coming back in and enjoying a show. President and CEO Peter Ramsey says, ‘We are grateful for the continued support of our corporate sponsors and the generosity of our community and patrons through these difficult times. Thanks to them, ‘It’s curtains up!”’

The post Behind the Curtain: The Palace Theatre appeared first on New Hampshire Magazine.