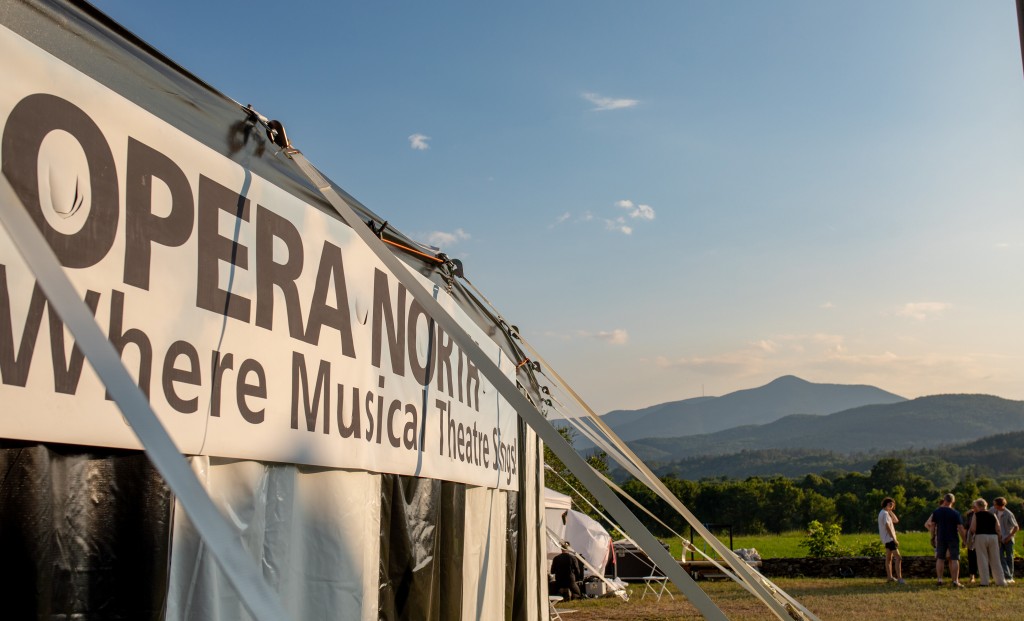 For our latest profile, check out Opera North. We spoke to Development Director Maria Laskaris to learn more about how the company has dedicated its efforts for the past 37 years to delivering artistic excellence to northern New England as the only full-time, professional opera company in New Hampshire. Read on to learn all about their mission to revitalize the extraordinary spirit of creativity that defined the Cornish Colony through the development of the Blow-Me-Down Farm into a campus for the arts and the site of a new summer arts festival.

Tell us about the history of your theater.
Maria: “Opera North is the premier professional summer music festival of the Upper Valley. Founded in 1982 and based in Lebanon, New Hampshire, it is the only full-time professional opera company serving the tri-state region of New Hampshire, Vermont and Maine. Throughout its history, Opera North has focused on bringing classic musical theater — in a myriad of styles — to the region, working with noted international artists, designers and directors. Each summer, Opera North produces three mainstage productions of classic operas and musical theater, performed at Blow-Me-Down Farm in Cornish, Opera North’s project in partnership with the National Park Service to create a national park for the arts at the historic Beaman Farm, as well as a series of concerts and special events at landmark locations in the Upper Valley.”

What makes your venue special or different?
Maria: “The extraordinary setting of the lawn and ‘circus tent’ adjacent to the historic house at Blow-Me-Down Farm, on the bank of the Connecticut River, with the magnificent backdrop of Mt. Ascutney.”

What are you best known for?
Maria: “Each year, Opera North’s Resident Artist Program auditions distinguished young professionals who are recognized on a national level for invitations to form Opera North’s core company for the season. Since its inception in 1983, over 700 singers and 100 conductors, coaches and directors have participated in the program and a select group of these artists have made major debuts at important opera companies around the world, including: The Metropolitan Opera, Lyric Opera of Chicago, San Francisco Opera, Washington National Opera, La Scala and The Royal Opera House. And Opera North’s signature ‘mashup’ of circus acts and music — ‘arias and aerialists.’”

Tell us about the most memorable play you’ve done.
Maria: “Audiences tell us that the signature Opera North experiences at Blow-Me-Down Farm are wondrous, from the small children who have never experienced musical theater, to classical opera aficionados to those who emerge from the signature circus ‘mash up’ saying they’ve never seen anything like it.”

Tell us about what you have been up to this season. Do you have anything exciting planned for 2021?
Maria: “In 2017, the National Park Service selected Opera North to partner in the creation of a park for the arts at Blow-Me-Down Farm, a 46-acre property deeded to the adjacent NPS Saint Gaudens National Historic Park. In the summer of 2018 and 2019, the company presented fully realized performances under a circus tent at Blow-Me-Down Farm. In 2020, Opera North was the only opera company in the country to present live performances with the audiences in physically-distanced ‘patron pods’ on the grass and performers behind Plexiglas 25 feet away.

In 2021, Opera North presents ‘La Boheme,’ ‘Extraordinary Women’ (the great classic opera women’s roles), ‘Music of the Knights’ (Sir Andrew Webber, Sir Elton John and Sir Paul McCartney presented as a theatrical concert by its creator) and ‘Havana Nights’ with singers from Opera North alternating with circus acts from Circus Smirkus, the Big Apple Circus and Cirque de Soleil. In addition, Opera North offers a Master Class with Angel Blue at the Lebanon Opera House. Angel Blue, one of this generation’s fastest-rising opera stars and the first African American to receive the Beverly Sills Award from the Metropolitan Opera (2020), is in residence with Opera North this summer and conducts a public masterclass. Her protégé Adrianna Rodriguez is one of the 11 Resident Artists performing with Opera North this summer.”

What keeps you passionate about doing what you do?
Maria: “Our audiences. Last year when we called every person who had purchased a ticket for the 2020 season to let them know how our plans had changed and that we’d be performing for free under strict pandemic protocols, virtually every ticket buyer said, ‘We’ll be there, but keep the money.’ There was — and is in 2021 — such a hunger for the experience of attending live performances and supporting the arts. Culture, which for Opera North is music, is what defines and sustains our humanity.”

How can people best support you right now?
Maria: “Buy a ticket to any of the performances or special events!”

The post Behind the Curtain: Opera North appeared first on New Hampshire Magazine.