What is your spark? This profile is the first part of a summer series on dreamers and leaders in New Hampshire. 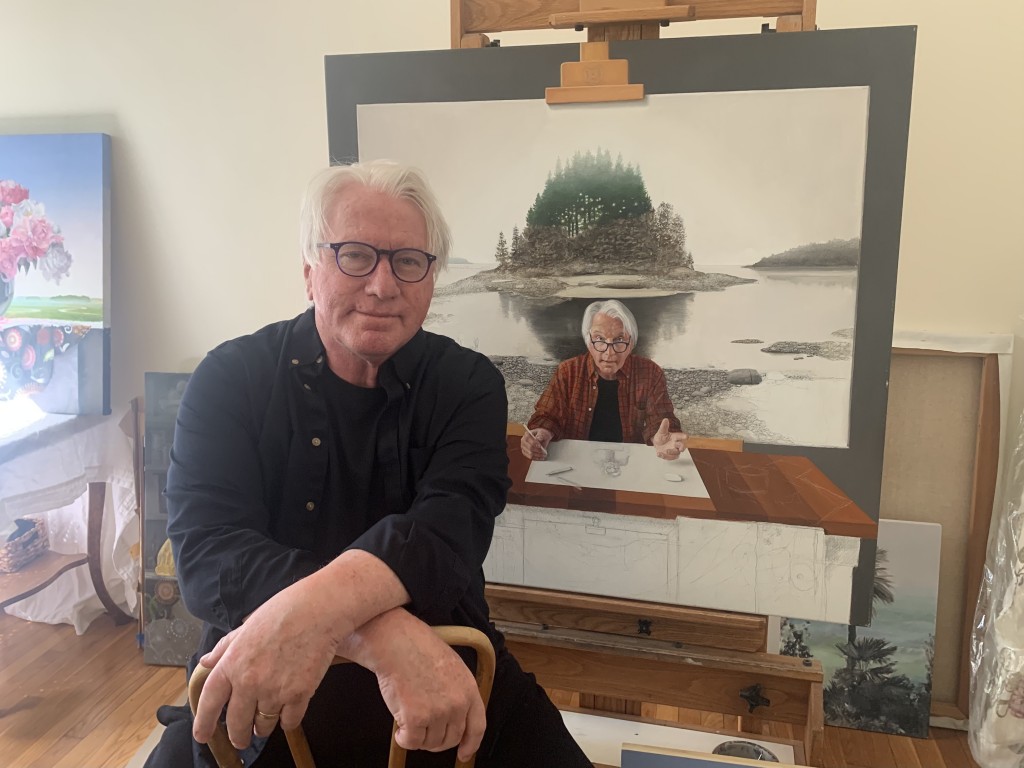 New Hampshire artist James Aponovich has a unique perspective on dreams from his many years of study, rejection, success, and continued work in the art world.

However, it took him a while to discover his dreams. As a child, James said he came from a strict military family, and he didn’t have any dreams or aspirations.

“There was nothing that I remember I wanted to be. I had no dreams.” Aponovich says. “The only thing I really wanted to do was be alone, to go fishing, or do something like that, so I could be alone in Nature.”

In college, Aponovich studied humanities, and he immediately took an interest in art history – Italian art inspired him, in particular, and his passion grew.

The first step to achieving his dream was to make the decision to do it.

“When I got out of college, I decided to devote my life to the pursuit of art,” he says. “To make your living off of purely what you really want to do is a blessing, but it requires an awful lot of dedication and work.”

Once Aponovich knew, the answer came easily for him.

“I thought I just want to wake up the next morning, look at my wife, and say what do I want to do today? I want to be able to say, I want to paint today,” he says.

Aponovich took his love for nature and merged it with his passion for art. Now, his works are included in collections such as the Currier Museum of Art in Manchester, the Museum of Fine Arts in Boston, the Art Institute of Chicago and the Portland Museum of Art, among others.

So, what advice does this prolific painter have for others on how to achieve their dreams?

“If you don’t have your heart in it, you’re not going to do well,” Aponovich says. “It is so important to do something you enjoy. This is the key. If you really want to, you’ll do it. You have to have a determination that comes from your gut.”

Being an artist has taught Aponovich to see the world differently. He has learned how to manage his emotions and deal with criticism.

“Get used to rejection,” he says. “You have to develop a pretty tough skin. A lot of people don’t want to get hurt. Who is to blame them? Once you put your art in front of someone’s eye, critically you enter into the game.”

An artist spends a great deal of time alone, in doubt, in self-doubt, sometimes in misery, and sometimes in pain. It’s a lonely existence, and the artist is cut off from where the work goes and where the efforts have gone, according to Aponovich.

“Artists have a calling they can’t ignore,” he says. “Ignoring it is worse than not following it. It is best to take responsibility and see it through and to not think too grandly of yourself, but to do the best work you can because you have to fulfill that need. If you don’t, you suffer and the world suffers. Just keep trying. One yes will balance out a hundred noes.”

James Aponovich was born and raised in Nashua. He loves New Hampshire, and he says Peterborough is his favorite place for its beauty and many other reasons.

“Name one other town that a major American composer composed a beautiful piece of music for it called ‘Our Town,’” he says. “Aaron Copland is the composer and Our Town was written by Thornton Wilder who was a resident of the MacDowell Colony. I have always loved Peterborough.”

According to Aponovich, the arts are needed now more than ever – especially during difficult times.

“Art is important because it defines us as human beings,” he says. “Art makes us aware of our humanity and of our humanness.”