Covered Bridges in the White Mountains. 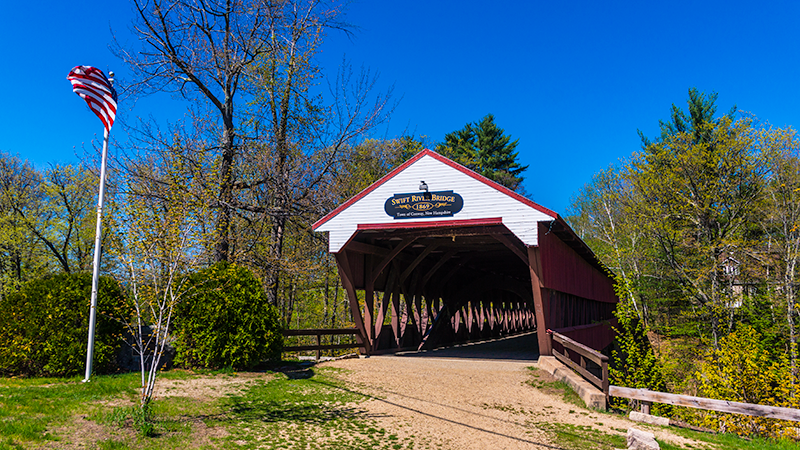 Below is a list of covered bridges in The White Mountains of New Hampshire.

110 Daniel Webster Hwy
Lincoln, New Hampshire 03251
Clark’s covered bridge was built in 1904 in Barre Vermont and crossed the Winooski River between Montpelier and Barre VT and used as a railroad bridge.
After the railroad was abandoned, Ed Clark and Murry Clark removed the bridge one piece at a time and relocated it to Clark’s Trading Post in Lincoln, NH where it was reassembled at it’s current location in 1965.

Village Rd
Jackson, New Hampshire 03846
The Jackson Covered Bridge is located on Village Rd at the Rt. 16 intersection and crosses near the intersection of Ellis River and Wildcat River, downstream from Jackson Falls.